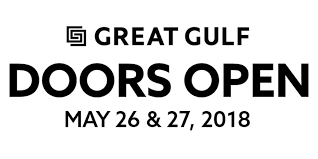 Doors Open: Toronto is the 26th of May to the 28th and with it comes an opportunity to see the interior of over 130 of the most significant buildings in the city!

The theme for the Doors Open this year is “Film: The Great Romance” which will explore the city’s film and television industry. And with Toronto being the third largest screen-based production center in North America and the largest in Canada, there will surely be many things of interest to find and see.

The Doors Open event will feature historic cinemas, film and television studios, post-production houses, digital media studios, artist-run centers and film training schools. The event also highlights buildings that have been featured in film and television, many of these being very rarely open to the public.

The Revue Cinema: The oldest purpose-built theatre in Toronto that regularly screens films since its opening in 1912

A free walking tour of 10 different locations is also available for registration. These tours will delve into the intricacies of many different neighbourhoods, many of them having been backdrops in films and television in Toronto.

Notably, in architecture, there is the Open Studio Program which is one of the many extensions that the Open Doors event has for people to explore. This program allows people to meet with the architects and designers of some of Toronto’s most celebrated buildings and have a look into a “behind the scenes” of their work life. Visitors will be able to see a range of offices from small to mid-sized to get a unique perspective on the design process and to get a glimpse as to how architects have an impact on our everyday lives from the environment around us.

Something else to keep an eye out in regards to architecture would be the “OpenInsights” program which will provide an insight and understanding into the work and process of architects, film-makers, art directors, and production designers, through talks and panel discussions. If you are intrigued in learning more, click here to learn more about the event and to have frequent questions about the even answered, click here.